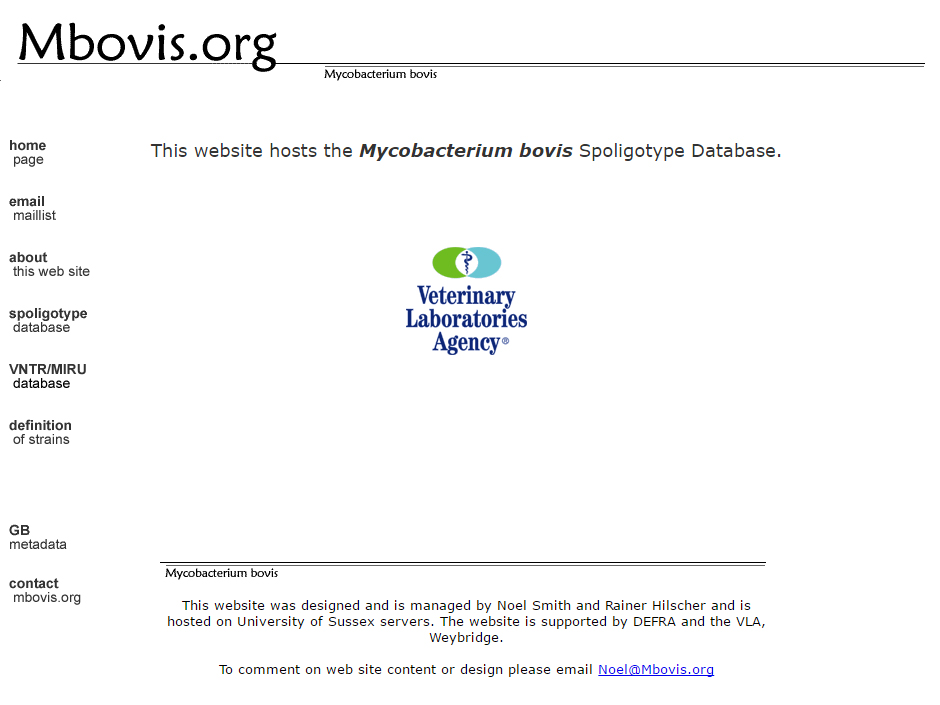 2003
Noel Smith and Rainer Hilscher (University of Sussex) developed the database in April 2003. The website was managed by Noel Smith and supported by DEFRA and the VLA (now APHA), Weybridge from 2003 to 2015.


Mycobacterium bovis Spoligotype Database is managed by the Mycobacterial Unit of VISAVET Health Surveillance Centre of Universidad Complutense Madrid. The new website development was cofinanced by the European Commission through the European Reference Laboratory for bovine tuberculosis.

Navigating this website constitutes acceptance of the use of cookies by third parties and own, necessary for proper operation